Very soon, on the 21st of June, the project ‘Dutch Photography Experience’ will launch Anouk Kruithof’s workshop ‘Off the Wall’. We are happy to anticipate it with the publication of an interview between Anouk and one of the project curators, Daria Tuminas: 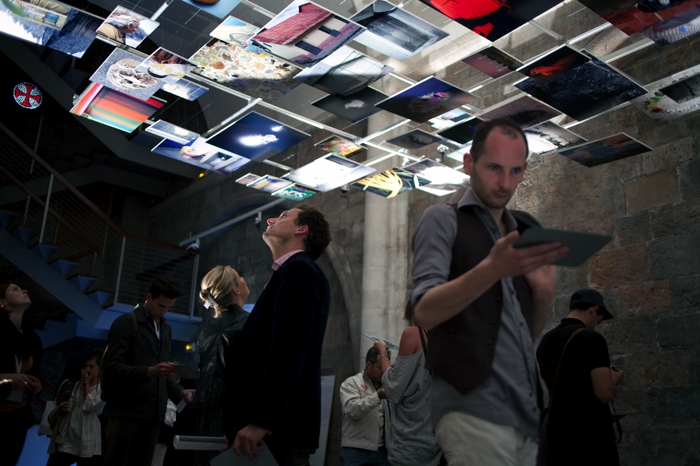 Daria Tuminas (D.T.): Beginning with your early projects (for ex. ‘Becoming Blue’) to your more recent (for ex. ‘A Head with Wings’) you have been working with the idea of ‘chance’. You deliberately lose control, use remote shooting, let somebody else who is not related to photography edit pictures, ask people to act and allow things to happen on their own. Capture in-betweenness. Are there any moments at any stage of your work when you become a control freak and leave no chance up to chance?

Anouk Kruithof (A.K.): I like to be friends with chance. I think a man should always give chance a chance. This is because I get more surprised by someone elses’ (maybe it’s a natural thing for a human being?) thoughts, moves, directions, flows rather then the ones that are coming from myself.

D.T.: At the moment you were offered to work on the book ‘A Head With Wings‘, you had been planning to make a book related to your snapshots. You switched to producing the publication for Little Brown Mushroom, but what happened to the material you initially were focused on? Did it result in ‘I’ve taken too many photos/ I’ve never taken a photo‘ or are you still planning to make a book out of this snapshot archive?

A.K.: I am still going to make this book. I did already five attempts, but they are still all failures, unfortunately. There are over 4000 pictures, it ain’t so easy to do something right with it. Or not even just right, something that will blow everyone away. It’s very difficult, but I’m working on it.

D.T.: Probably the snapshots made by an artist differ from vernacular photographers’ snapshots in some ways. Nevertheless, there are some things that can relate to both of them: a direct reference to an object that one wants to ‘grab’ and make note of. Are you interested in vernacular photography culture, and have you considered working with found or appropriated footage? Or is it important for you to produce images yourself?

A.K.: I like to work with my own, lets call them ‘visual notes’ rather than ‘snapshots’, because they aren’t really snapshots, they are made in an AUTOMAGIC way. Which means that I make them either in a compulsive, almost unconscious manner, or I just register something to be mentioned, but I am at the same time aware and half aware of it. I like to work with my own material, because the act of doing something is important for me as well. It creates a certain connection between me and the outside world and it’s something I love and find rather important.
But I also make a book now with 500 vernacular photographs from the Brad Feuerhelm collection. I use his photo collection, but do my thing with it, let’s say. It’s a collaboration. I see it as well as my work, but it’s new for me to approach somebody else’s material.

D.T.: You have worked in the performance domain with ‘RUHE’. Was it more or less an exceptional experience (not taking into account that most of your works contain some performative elements) or have you thought of jumping down this rabbit hole while continuing image making?

A.K.: There are always performative elements in my photo works, installations and videos. Definitely either with objects or installations which I put in movement in some ways, or with people being protagonists in my ‘situations’ where I take mostly photos from. I don’t think I will move into performance art actually, let’s see. The idea of ‘RUHE’ I have had already for years, and I was very pissed on something that didn’t go through. I contacted people from ‘Autocenter’ in Berlin, because this exhibition space would have been perfect for my performance. And – BAM! – they liked the idea and we set everything up and I was able to do it. I believe very much in this moments when everything comes together and things get realized, which is good for everybody.

D.T.: What are you working on in New York right now?

A.K.: On a super great project of course! haha! Well, it’s kind of a new project about what the development of technological devices and the dependance of people on their phones, immersing in their mobile devices do with behaviour. People get lost. You have many people in New York who can’t stand the rush of the city, the pressure, the speed of it. Those people are also of my interest. I interview them as well as visionaries and random business people who say ‘yes’ replying my question ‘are you successful?’ Anyway, it will be photos, sound, text, video, an installation. Not yet the exact thing for the moment. It’ll be present in a duo solo show in September at my gallery ‘Boetzelaer Nispen’ in Amsterdam, as well as on UNSEEN photo fair.
I also work on several new books coming out in 2013 or 2014. Just made ‘Elevating the Sea of Sound‘ I do groupshows here and there and will teach/lecture to earn some money. I do many things at the same time!

D.T.: What everyday things in life give you inspiration?

A.K.: Everything. I never have a lack of inspiration, it’s like a constant flow. I can dance somewhere and – BAM! –  I know it. I can run or cycle and – BAM! –  it comes. Conversations with strangers. Little things around me. Researching the topics of my interest in books and the internet. I never really think about inspiration, what it means and where it comes from. It’s just there all the time. 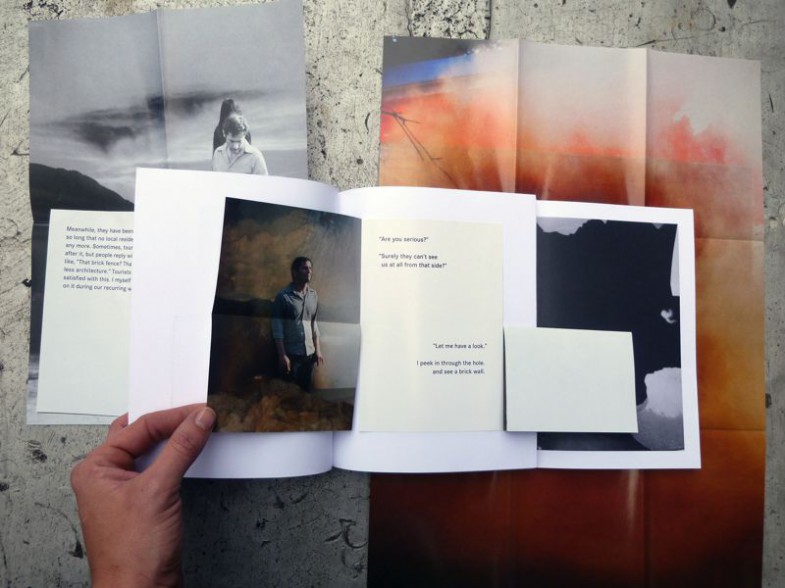 A head with wings

Happy birthday to you 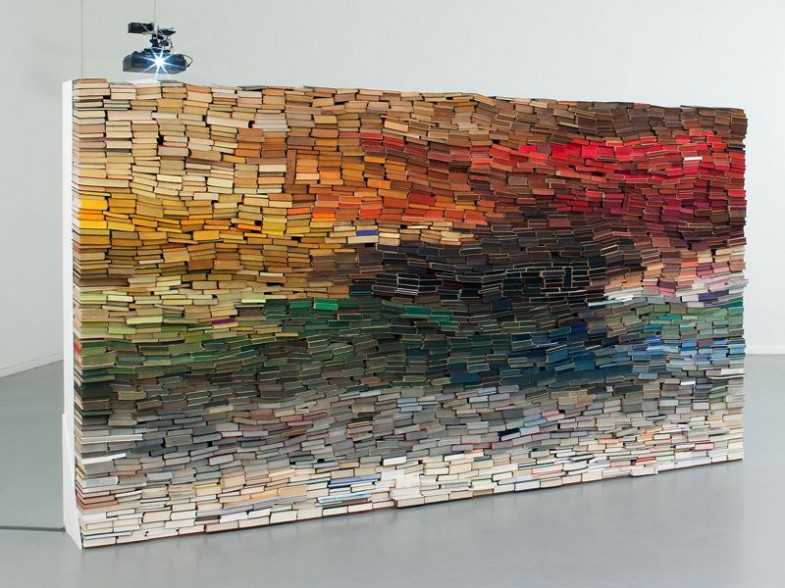 0
0
Young photography: digest of news and publications / may
Five photographers are participating in the NEW SAINT PETERSBURG exhibition in Amsterdam