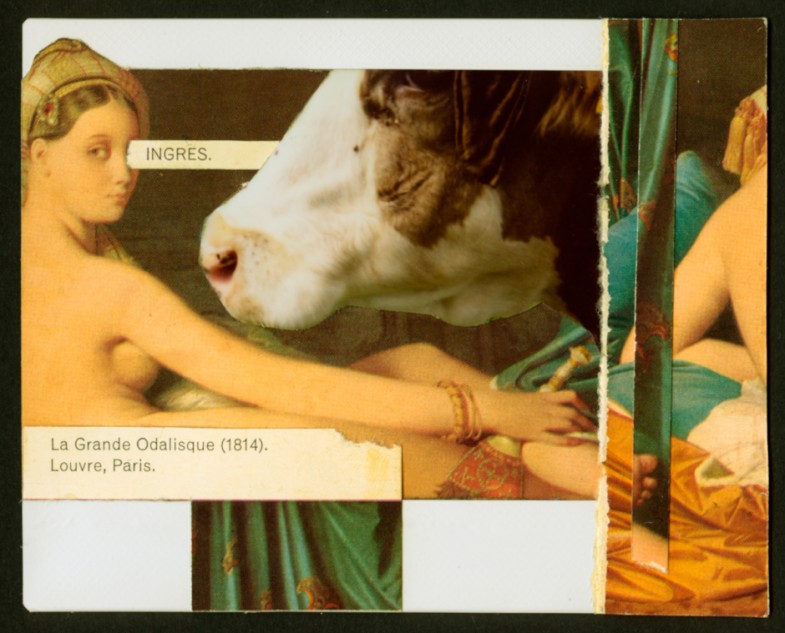 Classic art is dead – solemn and monumental. At the same time, instant photography is ephemeral and inelegant. There is a certain energy created when the monumental and the moment come together. They do not oppose each other when they meet, but interweave with one another.This interweaving seems to create a conflict, but if you look closer, you will see that classic art can breathe easier thanks to the touch of instant photography. A moment, mixed with the classics, gains more volume and its beauty is perceived in a more detached way.

The Dictionnaire Des Arts project is built around the rhythms of patterns, the opposition of pathos, and the interpretation controversy. It is a visual time loop where up-to-date travel notes are mixed with historical artefacts. Together they create a corridor, and through this corridor you can arrive at absolutely unexpected dimensions.

It is often said that “one man’s trash is another man’s treasure” and this is true for my project. While in Paris, I noticed two thick books in a sidewalk trashcan, entitled Dictionnaire Des Arts.

Inside one book was a reproduction of the The Two Sisters by Théodore Chassériau, who immortalized his beloved sisters Adele and Anine. Highly rated by Edgar Degas, today this portrait adorns the Louvre collection. But I was attracted to this painting in another context: several days earlier I had been strolling along the canal Saint-Martin and suddenly saw a piece of street art – The Two Sisters wheatpaste. It amazed me how gracefully the two girls in burgundy dresses transformed a cracked green wall of a utility building into an art canvas. Their beauty now manifested itself through the commonness of a daily routine, – usually scenes like that are the primary inspiration for my photography.

Unfortunately, I failed to get a good shot of that mural. The wall was shady and my camera’s flash altered the colors, so I tossed the photo aside. But in a week the two beautiful maids were in front of me again, reproduced in the Dictionnaire Des Arts! I couldn’t stay away from the subject. 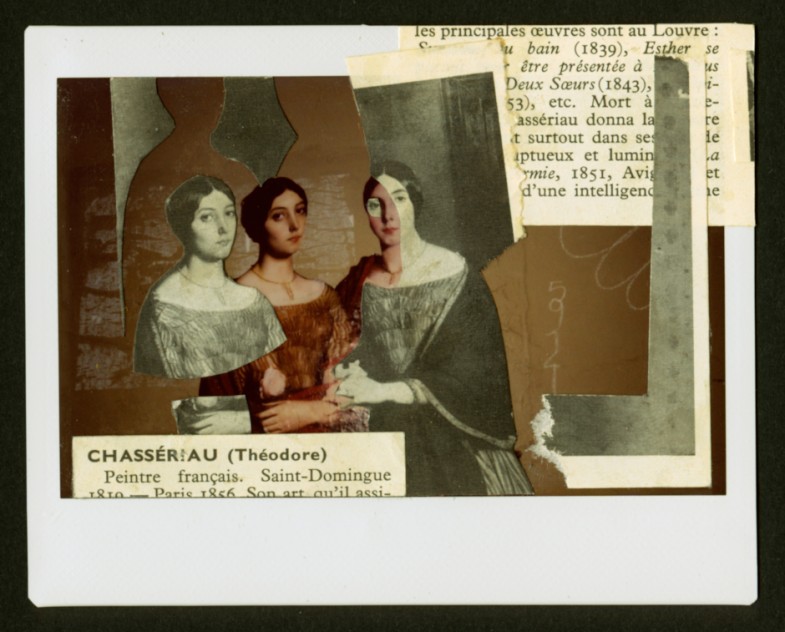 The reproduction of The Two Sisters in the book and the photo I took on the street matched in scale. So, inspired, I put my other shots on the floor, then thumbed through the book and began to match pairs. I started finding rhythms. Paradoxically, two very different elements came together quite naturally! Sometimes there were matching patterns or colors, and other times it was shapes or the geometry of the strokes.

Converting trash into art for me is like arising discarded beauty from the ashes to a new life. I love everything about the project, where beauty has even reached the backside (reverse side) of the collages, – this beauty was created by chance, without “a grin of reason”. For me, it is more valuable that way.

A week after I found the Dictionary of Arts in a dustbin, my project was complete and presented to its first viewers. In November of 2014, it made its debut in the Rock Your Dummy! Le PhotobookFest contest in Paris, where it was awarded the People’s Choice prize. So now I am in Los Angeles, the photobook dummy is on a European tour, and the original collages are on exhibit in Saint Petersburg. 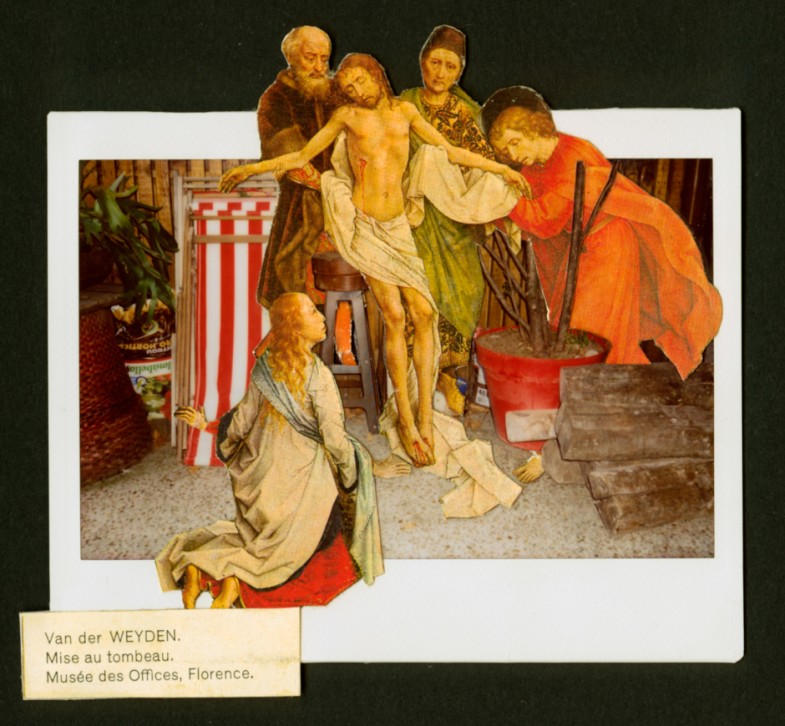 Tatiana was born in 1986 in Kazakhstan, the ex-USSR. Since 2005 her focus is on photography and film. She graduated with honors from the British High School of Art and Design Art-Photography course in 2012 and completed post graduate studies at the New York Film Academy in 2013.

Tatiana’s photographic works have been exhibited in Russia, France and Ecuador. Her works are in private collections in Russia, the United States, Australia, Cuba, Ecuador, Spain and France.

She is collaborating with Fujifilm Russia on a regular base. In 2014 Tatiana  become the only photographer who represents Russian on the official Fuji web cite, which is dedicated entirely to instant photography.

Inspired to create while traveling, she considers herself a nomad photographer, fulfilling her projects in Eastern and Western Europe, Western and Central Asia, Middle East, North Africa; North, Central and South America.  One of her current projects was published in PECAN magazine — a traveling magazine that prints three issues a year, each one based in a new city.

Currently Tatiana is based between Paris, Los Angeles, Moscow and Quito. 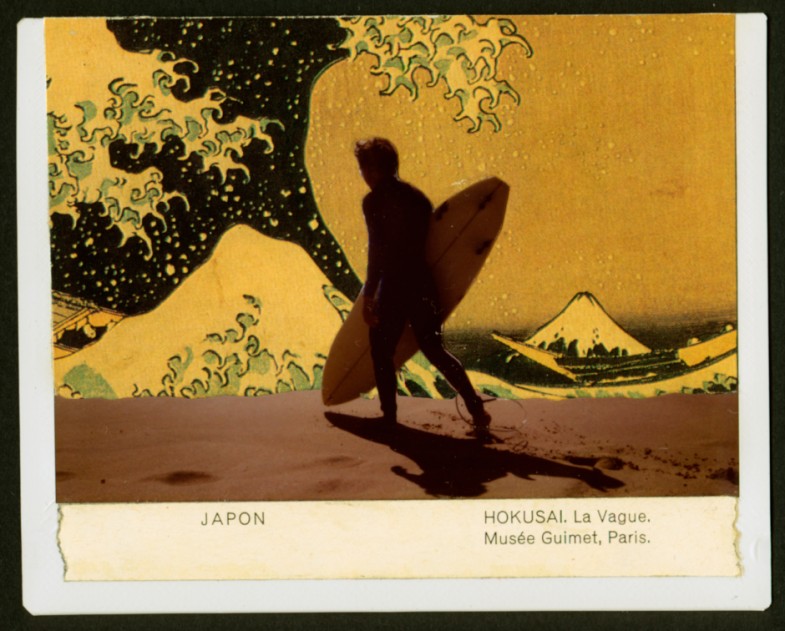 0
0
Exhibition “We-ll-timed“ as part of IX Moscow International Biennial “FASHION AND STYLE IN PHOTOGRAPHY 2015”
How was it? Photobook Day in FotoDepartament