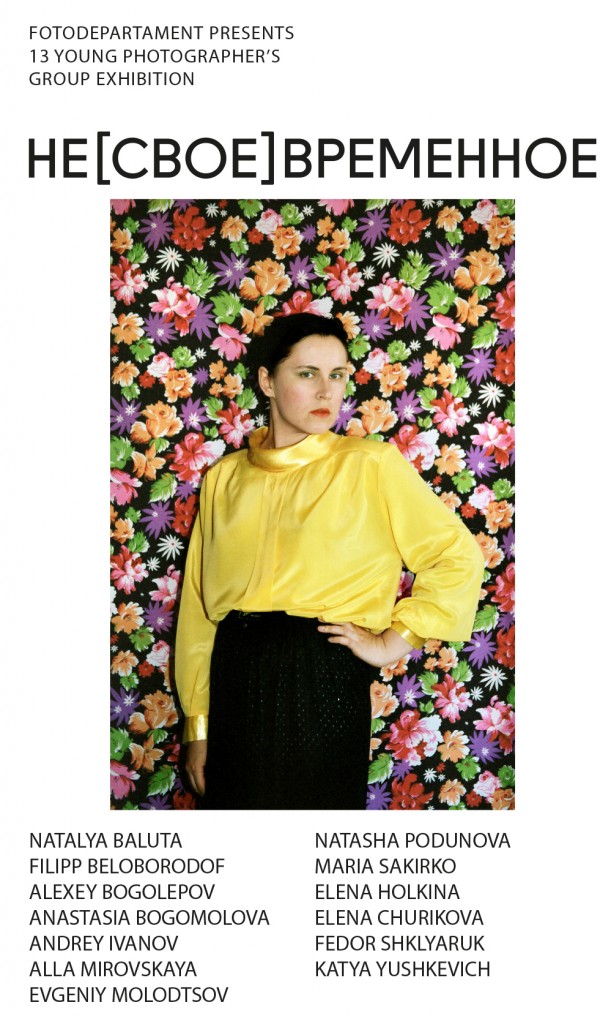 The project “We-ll-timed” was initiated by the curator and the group of 13 photographers and artists from different Russian cities. It seeks the answer for the question “What are the roots of our country, what is archetypal and timeless?” Moreover the project is a search for the common experience and the possibility of the dialogue of generations, ideologies and people.

We tried to code the moment of the choice in the title of the exhibition “We-ll-timed” that appears in the way you read the title, what you place the emphasis on: as in the popular amphibology Eats, Shoots and Leaves, the sense depends on the place of the comma. In the same way we hold up for a moment and reflect on the time we live, the time we still remember, the time that formed us, we reveal the collective memorable places. Through these places it becomes possible to identify the present “here” and “now”. An artist is always sensible to the time he lives in and his capability to choose the necessary accent may outrun the general sensibility and the understanding vector of the period of history.

We explore the ideologic, historic and private spaces and reveal what forms the history through the forgetting. Probably, these are the most important rituals and points which help the society to identify itself. We want to understand something; we want to save and bring something to this day. We want to make we-ll-timed – to make ours and up-to-date.