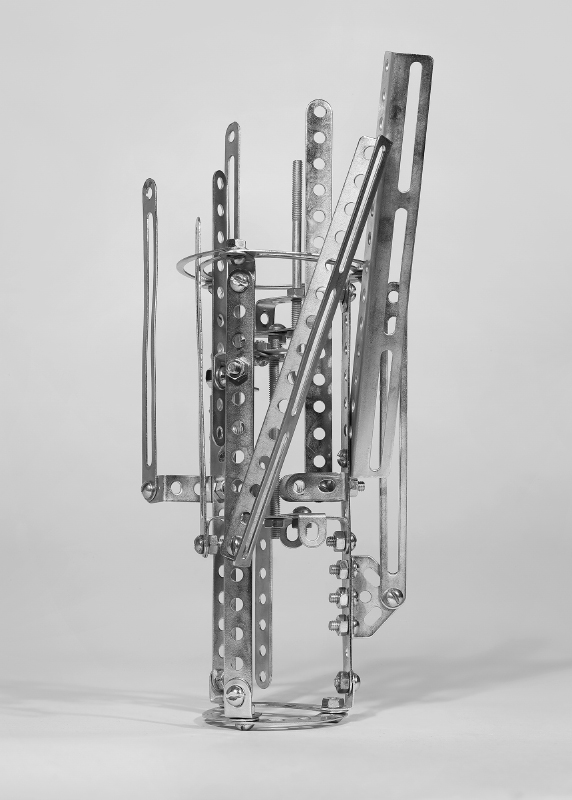 A sober look at the human condition instills little optimism – we are equally pressured by the ever-receding future, and an entropy, directly linked to the finitude of our bodies. We cannot do anything forever, least of all adhere to our principles. Every conscious act is steadily subjected to disintegration into a ritual, a habit, something done pro forma. Coherence of objects upon examination turns out to be a set of contingent coincidences. As with the probable case of the emergence of first amino acids, contingency is a starting point, a given that requires no explanation. Delving into this material equates to a general survey of processes beyond human control.

In this work a method of “speculative modernism”, combining construction and documentation is used to locate a specific point, where form over and over again loses its connection to function, and ritual equilibration replaces analysis. Architecture is the most visible example of this shift. However, it is observable in many areas of our life – in language, in relationships, in such seemingly paradoxical phenomena as modernist décor, technical aesthetics, highly laborious hobbies, outdated technologies, overly elaborated sciences with limited applications.

Ritualization is an anaerobic process, guaranteed to emerge in the absence of constant revisions, reconsiderations and updates. Spores of rituality cover everything human and find an especially nutritious environment in various linear and grid-based milieus and habitats. In these favorable conditions they start to sprout through the bodies of purisms via channels of detalization and texturization. A first acquaintance with efficiency rituals must entail collecting, drying and mounting them into a specimen folder in order to later learn from them certain skills, which fell out of the ethical spectrum: searching for cracks in any monolith, orientation to a goal, which you will not live to see, and a blind inclination to the closest light source.