During the opening of the exhibition there will be a presentation of Petr Antonov’s artist book that can be signed and purchased.

“Trees, cars, figures of people, assorted barriers” explores the aesthetics of contemporary Russian cityscape, taking Moscow as the perfect example of any post-Soviet inhabited location. Historically, the archetype city and the model for any other city within Russian cultural space, Moscow also acts as the place where changes in the cultural landscape become most pronounced and are visible with special acuteness. Photographs are accompanied with textual descriptions questioning whether the image might be equal to the sum of its elements, as well as our readiness to filter out when looking whatever is perceived as familiar.

In 2014 Petr Antonov published his book titled “Trees, cars, figures of people, assorted barriers” which includes 63 photographs from the series.

Petr Antonov was born in 1977 in Moscow, Russia. After receiving his university degree in foreign languages in 1999 he continued an unrelated career, leading to becoming engaged in photography full-time since 2008. Currently he does freelance work for Russian and international press and pursues personal photography projects. His personal projects have participated in exhibitions and projections in Russia and internationally, and received nominations for Prix Pictet, Paul Huf and PDN30 awards.

Interview in YET magazine 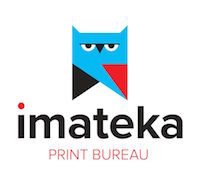 The exhibition is supported by Imateka Print Bureau (Moscow) imateka.ru